The Athenex Board of Directors is composed of carefully selected professionals who bring a wealth of governance and global corporate experience.

Chief Executive Officer and Board Chairman

Johnson is a successful pharmaceutical executive who has had extensive leadership experience in both scientific and business management. As Chairman and CEO of Ribapharm, he launched the second largest biotech IPO in U.S. history. Prior to Ribapharm, he served as the Head of Worldwide Research and Development for ICN Pharmaceuticals and also as the Senior Director of Antiviral Therapy at Schering-Plough. Johnson has contributed more than 250 scientific publications and editorials / reviews / chapters in peer-reviewed scientific journals and has edited two books. He was a Director of the Board of Chelsea Therapeutics (CHTP), serving as the Chair of the Audit and Finance Committee and the Corporate Governance Committee in addition to a number of other public and privately-owned companies. Johnson is currently serving on the Board of various private companies including Avalon Biomedical Management Limited, Aiviva Corporation, C-MER D&J Technology Limited, RainsOptics Limited, and Hong Kong X-tech Startup platform (general partner and mentor). He is an honorary professor/adjunct professor of the Hong Kong Polytechnic University. Johnson received his medical degree (MBBS) and medical doctorate degree (MD) from the University of Hong Kong and is a Fellow of the Royal College of Physicians. Johnson has served as the Chairman of the Board of Athenex since its inception and assumed the role of CEO in mid-2011. 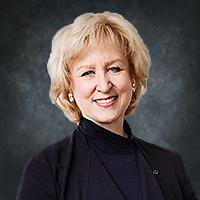 Educated as a political scientist and lawyer, Kim Campbell served at all three levels of government and ultimately as Canada’s nineteenth and first female Prime Minister in 1993. She held the cabinet portfolios of Minister of State for Indian Affairs and Northern Development, Minister of Justice and Attorney General, Minister of National Defence, and Minister of Veterans’ Affairs. She was the first woman to hold the Canadian Justice and Defence portfolios, and the first woman Minister of Defence of a NATO country.

Ms. Campbell served as Canadian Consul General in Los Angeles (1996-2000) and taught at the Harvard Kennedy School (2001-2004). She chaired the Council of Women World Leaders, and was President of the International Women’s Forum. She was Secretary General of the Club of Madrid (2004-2006), an organization of former presidents and prime ministers of which she is a founding member. As Founding Principal, she designed and launched a ground-breaking leadership program at the University of Alberta called the Peter Lougheed Leadership College.

Ms. Campbell speaks on a variety of topics through her agencies, the American Program Bureau and the Global Speakers Agency. She is a trustee of the International Center for the Study of Radicalization at King’s College London, and served as a trustee of the Salk Institute for Biological Studies 2007-2010. She also serves on several nonprofit boards / advisory committees including Equal Voice, a Canadian organization devoted to achieving gender parity in the Canadian House of Commons. 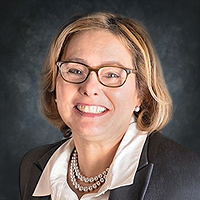 Stephanie Davis is a Senior Client Partner at Korn Ferry, and leads the Private Equity and Technology markets in North America and is a core member of the CEO and Board practices. She brings over 20 years of leadership consulting experience, working with CEOs to build their executive teams and with Board of Directors on governance, diversity and succession planning. Prior to joining Korn Ferry, Stephanie was a founding member of the Business Services practice at another global executive search firm, Spencer Stuart, where she worked extensively on CEO, president and board engagements across the technology spectrum. Stephanie was previously a software executive leading the international growth of an educational software company, Jostens Learning Corporation; a management consultant with McKinsey & Company; and an associate in corporate finance and capital markets at Prudential Investment Corporation. Stephanie earned her MBA from Harvard Business School and Bachelor of Science in Engineering, cum laude, at Princeton University. She is a frequent speaker on board governance and diversity. 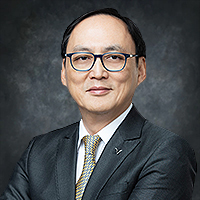 Manson Fok is a successful medical doctor, entrepreneur and philanthropist. He is the Dean, Faculty of Health Sciences at Macau University of Science and Technology (MUST) and the Dean, Faculty of Medicine at MUST; Hospital Director of University Hospital at MUST; President of the Macau Healthcare Management and Promotion Association (MHMPA); Censor-in-Chief, World Chinese Doctors’ Association; Honorary Fellow, Chinese College of Surgeons; Committee member, The Council of Medical Affairs in Macau SAR, among many other leadership positions. Manson was awarded the 2014 Gusi Peace Prize in Humanitarianism for his remarkable contributions to medical education, healthcare delivery and cross-border biotechnology developments that act as a bridge within Asia and across continents. Since 2015, he was appointed as the CEO of the same Peace Prize Foundation to continue promoting peace, cooperation and healthcare development in Asia-Pacific regions. Manson is also Chairman of Virtus Medical Group, one of the largest private medical specialist groups in Hong Kong. After receiving his medical degree (MBBS) from the University of Hong Kong in 1982, Manson was appointed faculty in the Surgical Unit of the University of Hong Kong. He has published many original research papers in high-ranking international medical journals and chapters in various academic books focusing on minimally invasive treatment for esophageal surgery. Manson is actively advising Athenex to develop and execute on its Asian Business Strategy. 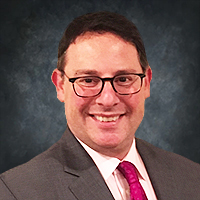 Jordan Kanfer brings over 25 years of healthcare financial experience to Athenex. He is currently a Managing Director at Opti Capital Management, a hedge fund focused on convertible bond arbitrage. He was most recently a Portfolio Manager/Healthcare Sector head at Arrowgrass Capital Partners, a $6 billion hedge fund headquartered in London.

Previously, Jordan worked at various hedge funds including TPG-Axon and Jana Partners where he spent the bulk of his investing career. Prior to joining the buyside, he worked at Goldman, Sachs & Co. where he was a sell side equity research analyst covering the Healthcare Facilities and Healthcare Services sectors. Before joining Goldman Sachs & Co., he worked in the healthcare industry as a consultant for Kurt Salmon Associates and had various operational roles at Montefiore Medical Center.

Jordan is a member of the American College of Healthcare Executives, a special advisor to Microbion, an early stage anti-effectives company, and he is on the board of advisors for dB Diagnostics, an emerging healthcare technology company focused on improving the diagnosis of hearing loss. Jordan holds a Master of Public Health degree from the University of Massachusetts and a Bachelor of Arts from Yeshiva University. 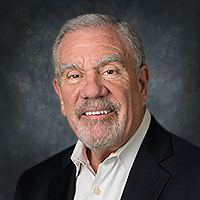 Robert Spiegel has over 30 years of extensive R&D and operational experience in biopharmaceuticals, including large pharmaceutical and biotechnology companies and academic startups as well as an advisor to venture capital and private equity funds.

Robert was an Assistant Professor and Director of the Developmental Therapeutics Program at New York University Medical Center and then spent 26 years at Schering-Plough (now Merck & Co.), where he joined as the first Director for Oncology Clinical Research. He then held a series of senior executive positions, including Senior Vice President for Worldwide Clinical Research and Chief Medical Officer. During his time at Schering-Plough he led teams that took numerous drug candidates through clinical development, was involved with over 30 New Drug Application approvals by the U.S. FDA, participated in multiple due diligence reviews and in-licensing decisions, re-engineered pharmacovigilance and risk management areas and built a quality system for all research operations.

Robert is a consultant to the biotech industry and has served on the Scientific Advisory Board and Board of Directors of multiple biotech companies. He received his B.A. from Yale University and his M.D. from the University of Pennsylvania. He received his specialty training in Medical Oncology at the National Cancer Institute, NIH. 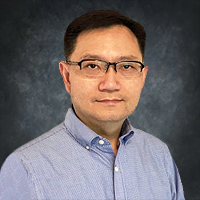 Benson Tsang brings over 30 years of financial and general management experience to Athenex. He previously held the role of Chief Financial Officer of WuXi Pharmatech Inc. where he was instrumental in the company’s successful IPO in 2007, and served as an independent director of Shangpharma Corp. Benson also held senior positions at ATA Inc, PCCW Ltd., Imation Corp., Coopers & Lybrand and Deloitte. He is a member of the Chartered Professional Accountants of Canada and the Hong Kong Institute of Certified Public Accountants. Benson holds a Bachelor of Commerce degree and an MBA from McMaster University in Ontario, Canada.

Benson is currently the Executive Director of Puritek Canada Inc. 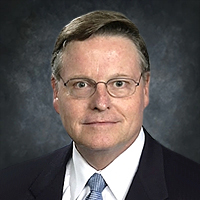 Professor of Medicine and Surgery, Chief of Hepatology-Baylor College of Medicine

John M. Vierling is a tenured Professor of Medicine and Surgery and Chief of Hepatology at the Baylor College of Medicine in Houston, Texas. He is also Director of Advanced Liver Therapies (a clinical research unit for adult liver diseases), Baylor Liver Health (a program for liver wellness) and Program Director of the Hepatology and Liver Transplantation Fellowship. He obtained his AB in Biology with Great Distinction from Stanford University and received his MD degree from Stanford University School of Medicine. He is ABIM certified in internal medicine and gastroenterology, and was formerly certified in Transplant Hepatology. He was the founding Medical Director of Liver Transplantation at both the University of Colorado Health Sciences Center and Cedars-Sinai/UCLA Medical Center, where he was Director of Hepatology and later Medical Director of Multi-Organ Transplantation. His clinical interests include autoimmune and alloimmune liver diseases, liver transplantation, hepatobiliary cancers, acute liver failure, viral hepatitis, non-alcoholic fatty liver disease, Wilson disease and drug-induced liver injury (DILI). His translational research interest is immunologic mechanisms of hepatobiliary injury in autoimmune and alloimmune liver diseases, cancer immunotherapy, DILI, viral hepatitis and acute liver failure. He has authored over 250 manuscripts, reviews and chapters. Honors include Phi Beta Kappa, Alpha Omega Alpha, Best Doctors in America, Top 1% physician rating by U.S. News and World Report, Who’s Who in America, Who’s Who in the World, Who’s Who in Science and Engineering and Who’s Who in Healthcare. He currently serves on the NIH NIDDK Liver Tissue and Cell Distribution System Coordinating Committee and the DSMB for their DILI Network. He also has served as President of the American Association for the Study of Liver Diseases, Secretary-Treasurer of Digestive Disease Week® and Chairman of the National Board of Directors of the American Liver Foundation. 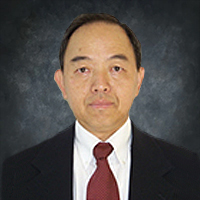 Jinn Wu is the Founder and President of XenoBiotic Laboratories, Inc. (XBL) in Plainsboro, New Jersey, and XBL- China in Nanjing, China. Both are contract research organizations that provide an extensive array of clinical and preclinical research services to the life sciences, biotechnology and pharmaceutical industries. Jinn earned a PhD in Natural Products and Medicinal Chemistry from the College of Pharmacy, The Ohio State University, and spent 7 years as a research leader at FMC Corporation in Princeton, NJ, and made numerous contributions in new products research and development before starting XBL. He has extensive knowledge and experience in new drug and product R&D. He is an Adjunct Professor at the University of Medicine and Dentistry of New Jersey (UMDNJ at Rutgers) since 2006, was a member of the Advisory Committee for Dean’s Council and is a member of the College of Pharmacy, The Ohio State University (2007-2013). He is also an Adjunct Professor at The Hong Kong Polytechnic University (2015 – present). He holds professional membership of the American Association of Pharmaceutical Scientists (AAPS), the International Society for the Study of Xenobiotics (ISSX), the American Society of Pharmacognosy (ASP) and the American Chemical Society (ACS). He has served as Chief Scientific Officer and Strategic Scientific Advisor at WuXi AppTec, Lab Testing Division. He has also served on the Board of Directors of Ardent Pharmaceuticals and Enhance Biotech, Inc.

Jinn has been very active in public services including many non-profit scientific associations and charitable organizations. Dr. Wu was the recipient of The Jack L. Beal Postbaccalaureate Award (1994), College of Pharmacy, The Ohio State University and the recipient of the Distinguish Alumni Award (2007) from The National Taiwan University. He is also the Keynote Speaker for the Research Day at the College of Pharmacy, The Ohio State University, April 7, 2015.